A Legacy of Covenant Bible College

Trellis Foundation is a legacy of Covenant Bible College (CBC) – one of the fruits of CBC’s 66 years of rich and creative ministry discipling young adults. We sense God’s call to continue the purpose of CBC, which was “to equip men and women to live as disciples of Jesus Christ.”

The sale of CBC properties after its closure in 2007 produced significant funds in a truly miraculous way. By investing those funds, we seek to honour those who have for generations joined in CBC’s work through prayer, through sacrificial giving, as faculty and staff, and as students themselves.

In its granting capacity, Trellis Foundation will be a catalyst for discipleship in the Evangelical Covenant Church of Canada (ECCC) for generations to come. By partnering with ECCC communities, we will further CBC’s work of strengthening churches and developing leaders who are mastered by the Word of God, shaped by the love of God, and partners in work of God.

Covenant Bible College (Covenant Bible Institute) began in 1941 in the small Saskatchewan town of Norquay, birthed out of the vision of the Canada Conference of the Evangelical Covenant Church. CBI relocated to Prince Albert, Saskatchewan in 1944. Initially a 3 year program, CBI became a 2 year program in 1957. In the next five years, CBI became CBC and the program condensed into one academic year. During the first 50 years CBC was led by Joel Peterson and Wendell Anderson. The class sizes typically ranged from 25 to 45 students with the central focus being the equipping of young adults to serve the church as Biblically literate and spiritually formed lay persons.

In 1989 the Development Study Commission further refined and re-envisioned the program “to equip young men and women to live as disciples of Jesus Christ,” setting a course that proved both unique and appealing to a new generation of young adults. Under the vision and leadership of President Neil Josephson, a new season of growth began, which eventually stretched over the next decade and into the early years of this century.

In 1995 due to increasing enrollment and an aging facility, the college was relocated to Strathmore, Alberta. In 1998, to provide opportunities for students on a growing waiting list, a campus was established in Windsor, Colorado. Then, in 2000, a third campus community began in Ecuador, situated in La Merced, an hour outside of Quito.

In 2004 CBC formally affiliated with the Evangelical Covenant Church denomination headquartered in Chicago. From 1997 until 2005 CBC also facilitated the training and resourcing ministry of the Worship Center. Through these years of growth there was a strong sense of both the Lord’s leading and the Spirit’s enabling presence.

CBC’s final 5 years had seen a down turn in student numbers which eventually led to the closure of the Colorado campus, the release of the Worship Center and a refocusing of the ministry through review of and changes to the program and staff. Low student application numbers, along with mounting operating debt from a series of year end deficits and a decline in charitable donations brought the college to the point of being unable to continue operations. And, while the need for a ministry to disciple young adults has never been more warranted, CBC’s ability to meet this need came to an end.

After 66 years of rich and creative ministry Covenant Bible College discontinued its program in any form and on all campuses effective May 31, 2007. While the college had worked hard to respond to mounting challenges, it became clear it would not be possible to continue the ministry beyond that final year. This was a very difficult and painful decision to make, and arrived at only after much prayer and dialogue.

God has done amazing things over the 66 years of CBC. In the late 1980’s when many colleges were merging or closing their doors, CBC faced the same fate. But God granted the ministry its third and largest enrollment cycle in its history. In fact there were more grads in the last 17 year cycle than in the first two cycles combined. And, while many CBC students have gone on to serve as pastors, missionaries, youth and worship leaders, its greatest contribution has been the thousands of grads across North America and the world, who live and serve with a practical and heartfelt Christian faith. CBC has been a gift given to the church and world at large for which we celebrate and thank God.

One factor in the decision to close CBC was the aim of selling the three campus properties quickly, in order to have seed money left to grow future expressions of discipleship training after paying off CBC’s debts.

The Covenant Bible College Canada campus, located in Strathmore, Alberta, sold in 2007 to a Lutheran based Social Service Agency with multiple plans for using the facility to serve the community.

The Covenant Bible College Midwest campus, located in Windsor, Colorado, sold in 2008 to a Christian entrepreneur who planned to use the facility to host weddings and conferences.

The Covenant Bible College Ecuador campus, located in La Merced, Ecuador sold in 2009 to the National Police Force for the purpose of establishing a hospital and care facility for retired members of the police.

In addition to meeting debt and operating obligations at the time of closure, Covenant Bible College also returned institutional investments that had been made to the ministry over the years. Beneficiaries of these repayments included Covenant World Mission and the Centre for World Christian Studies, The Midwest Conference of the Evangelical Covenant Church and the Department of Spiritual Formation of the Evangelical Covenant Church.

In the years immediately following CBC’s closure, a number of conference-wide discipleship initiatives were launched in part with resources from what was CBC and is now Trellis Foundation. For example, Trellis funds the CBC Legacy Scholarship program for students pursuing discipleship education, which is administered through the ECCC. To apply, click here for the CBC Legacy Scholarship page on CovChurch.ca.

Apply for a CBC Legacy Scholarship

The CBC Transition Board was charged with the tasks of wrapping up the sale of CBC properties, meeting financial obligations, and then discerning how to best disburse the funds that remained. During this process of discernment the board sensed God’s call to leverage those funds as a catalyst of biblical, intentional and innovative discipleship in the ECCC. And to make a way for those who have named Covenant Bible College in their will to give to CBC’s ongoing mission, albeit in a different form.

That call from God has led us to transition the charitable organization that was CBC to this new charitable foundation. We have received legal permission for this change of status and this will take place in full June 1, 2014. We are also in the process of our legal name change to Trellis Foundation and submission of governance documents. In the mean time we are cleared to move forward in our preparation to disburse grants.

The funds resulting from the sale of CBC properties have been consolidated from US and Canadian accounts into financial investments equaling $1.73 million. We have entered into a partnership with another longstanding denominational foundation (Canadian Baptists of Western Canada Foundation) who is assisting us in investment. The funds are being managed by  an asset management firm with a very strong track record.

With these crucial details falling into place, we are delighted to look ahead to the work of being a trellis on which the Spirit-led growth of Canadian discipleship can flourish, as a legacy of Covenant Bible College.

Read more about the community of grace that was CBC on CovChurch.ca…

Check out our listing of discipleship education programs available today. Students have received CBC Legacy Scholarships to attend many of the schools listed in our Discipleship Education Directory. 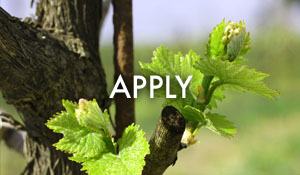 Apply now for funding and get that disciple-growing dream off the ground. 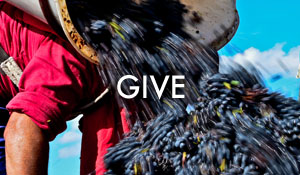 Give to Trellis Foundation to invest in growing disciples in the Canadian Covenant and to honour the legacy of CBC.

Note: Part of the above is adapted from a February 15, 2007 statement by Paul Lessard, who was acting president of CBC at the time.

Litany of Thanks for Covenant Bible College

To the God of Glory who called us together,

Praise to the Father, Son and Holy Spirit.

Lord, we come before you with thoughtful and grateful hearts as we remember that the ministry of Covenant Bible College has come to the end of its season. In the midst of the mix of emotions that wash over us, we ask you to focus our hearts on who you are and what you have done in and through the college.

Birthed in 1941 by the Evangelical Covenant Church of Canada, CBC was an educational ministry to equip men and women to live as disciples of Jesus Christ.

Many of the early graduates of the three year program went on to serve as pastors, teachers and missionaries in Canada, the US and around the world.

For sixty-six years Covenant Bible College was a community of faith, centered on God’s word, worship and life together.

God in Heaven, we have seen and heard of your work through the generations in the lives and stories of all those connected with the college – staff, students, deans, faculty, volunteers and supporters from across the Americas, Europe, Africa and India.

Lord Jesus, we thank you for your servants – the deans, staff and faculty who have served so faithfully.

We thank you for all those who have gave of their time, talent and resources, for the many who have volunteered their time on work teams, boards and in missions support.

Lord, we thank you for the thousands of students that grew in your image at CBC.

Thank you for the CBC community where spiritual battles were fought and won, where critical thinking was encouraged and students struggled honestly with questions of faith, where love for the church was modeled and the heartfelt search for you was both allowed and encouraged.

Thank you for the puppets and drama, the music and sports, the study and service that characterized campus life.

Thank you for the “legacy seeds”  that have been planted through gifts from CBC. From camping ministries in the Midwest conference and facilitating dreams for further Young Adult Ministry in the ECC,

To the Centre for World Christian Studies and discipleship initiatives in Canada including Intentional Community homes.

But mostly Lord Jesus, we thank you for the hope that is found in you, for opportunity that comes from living into your mission for our world and for a future that is different from what where we have been.

And now as we stand here as one Covenant body together we confess these things:

Great and numerous are the kindnesses that the Lord extended to Covenant Bible College; for each of them we offer thanks and humble gratitude.

Any one of these would be sufficient to show God’s love for us.

Had God done nothing more than build this community of faith on three campuses and empower it for 66 years of ministry,

Had God done nothing more than give us students and deans, staff and faculty who spoke God’s word with spirit and compassion,

Had God done nothing more than give us each other to love, to serve, to comfort and sustain in the spirit of Christ,

How great and numerous are the kindnesses that the Lord has shown us!  For all these gifts we gladly say

In the name of the Father, Son and Holy Spirit. Amen,